From the Department of Commerce reported:

The U.S. Census Bureau and the U.S. Bureau of Economic Analysis announced today that the goods and services deficit was $68.9 billion in April, down $6.1 billion from $75.0 billion in March, revised. 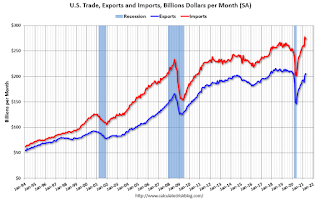 
Both imports and exports decreased sharply due to COVID-19, and have now bounced back (imports much more than exports),

The second graph shows the U.S. trade deficit, with and without petroleum. 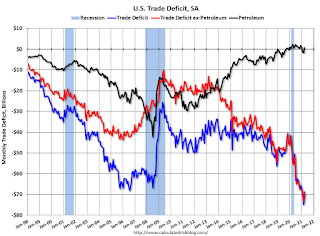 Note that net, imports and exports of petroleum products are close to zero.

Housing and Demographics: The Next Big Shift